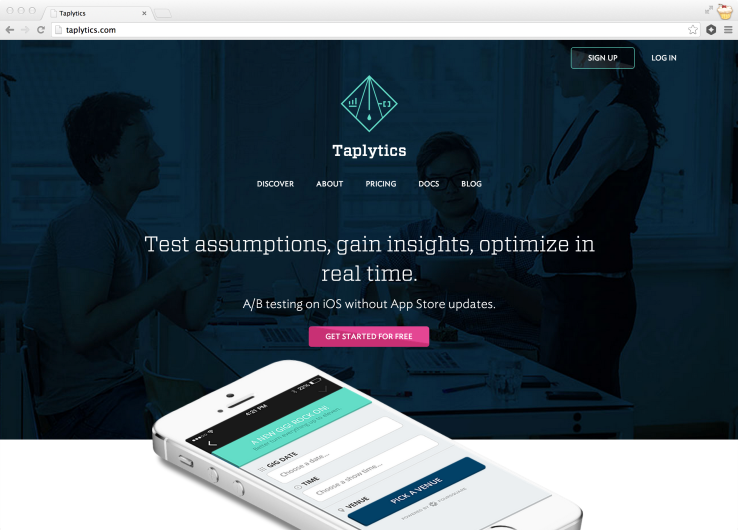 “Y Combinator-backed Taplytics is launching its A/B testing platform for iOS applications today, which allows app makers the ability to test different experiences and quickly push out minor fixes, like visual bugs or typos, without having to wait on the App Store’s slower release cycle.

The company was founded around nine months ago by Cobi Druxerman, Aaron Glazer, and brothers Andrew Norris and Jonathan Norris. The team, who has known each other since high school, came up with the idea for Taplytics based on their own experiences building apps together over the last couple of years. For example, before Dropbox rolled out its own automatic photo uploader, members of the team built a handy app called “Cloud Photos,” which let you easily snap and save your photos to the cloud.”