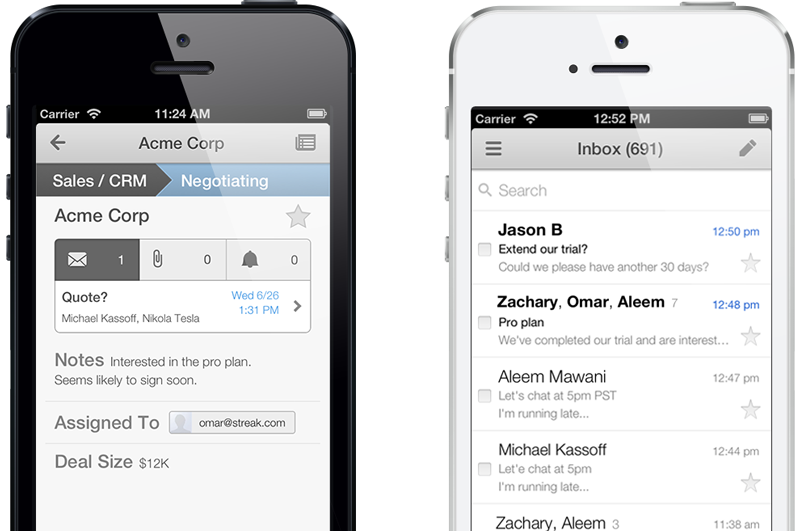 Streak has embedded Gmail into its new iOS app in a novel way to create a service that is turning the 600-million-user platform into a powerful CRM environment.

Gmail is a native app on iOS and has its own “sandbox,” the term to describe how apps are managed individually, essentially in secure, virtual containers. But Gmail does make calls to a server. And it’s in that data delivery that Streak does its magic. Streak fakes that it is Gmail. The Gmail server returns the same HTML, CSS and JavaScript that the regular Gmail app receives. However it is processed and modified so that it behaves and looks native. The app is also processed so the native parts of the app can communicate with it. It is also modified so Streak data, such as CRM information, can be added to the emails.