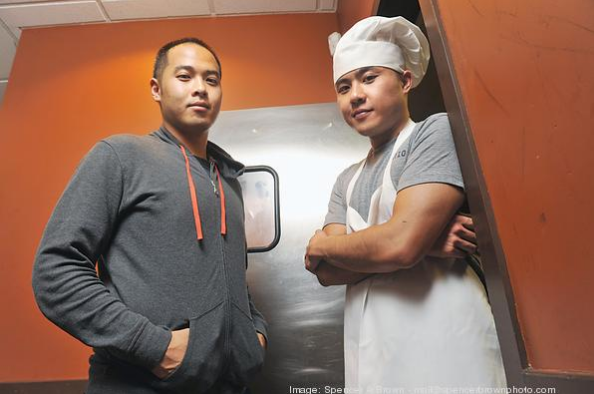 A food fight could be on the brink of breaking out in San Francisco, as a new meal delivery service is entering the market promising cheaper, faster lunch.

SpoonRocket, the Berkeley-based purveyor of hot, healthy foods on demand, is gearing up to launch in San Francisco next week, entering an increasingly crowded arena of food delivery startups that include Luke’s Local, Munchery, Sprig, Square Meals and Debbie Does Dinner, among a dozen others.

Unlike the others, SpoonRocket promises hot meals delivered in less than 15 minutes for a mere $6 flat — the lowest price in the category, giving it a significant competitive edge. The startup has cut down on the cost of a normal take-out meal by limiting meal selections to two per day — one vegetarian and one non-vegetarian meal designed by executive chef David Cramer.

While there are nearly 20 companies offering a variation of the service in the city alone, convenience in this category will prove to be key as the competition for customers heats up. And ready-to-eat, hot food for cheap offers a pretty good value proposition.

“At the click of a button, food magically appears — you can’t really beat that,” said SpoonRocket Co-founder and President Anson Tsui.