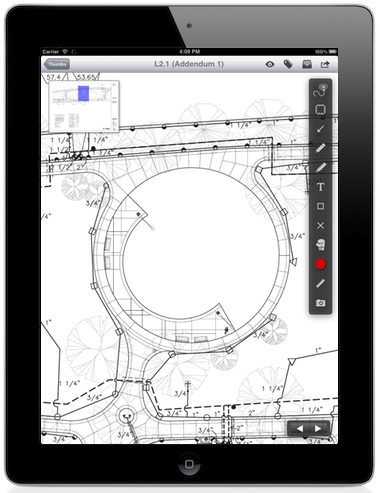 PlanGrid, a startup that hopes to replace blueprint printouts on construction sites with those that can be viewed on an iPad, has just released its latest app update. PlanGrid version 3.0 is designed to make it easier to find connections between plans, with an automatic hyperlinking feature, as well as improved collaboration with web-based markup.

Since being launched early last year, the startup’s app has been quickly adopted by a number of big construction agencies and major brands. It’s now been used on more than 35,000 different construction projects, including some major retailers you may have heard of — like Starbucks and Nordstroms. Its system now stores more than 2 million pages with blueprints — with more than 10,000 new pages being added every day.