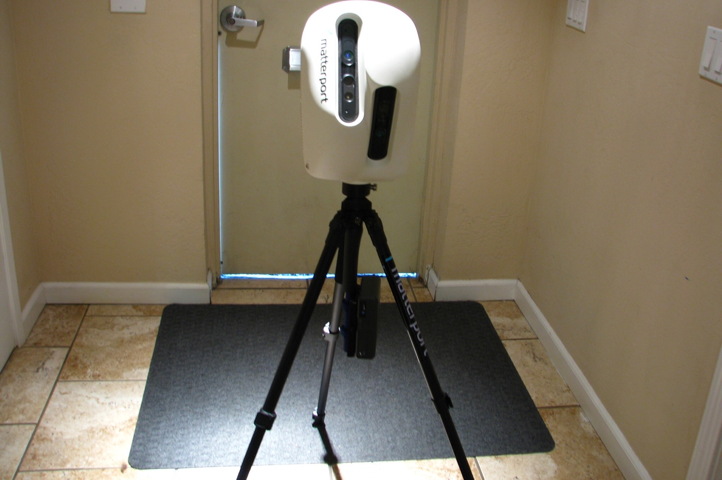 When Tel Aviv, Israel-based PrimeSense came out with its first depth-sensitive, near-infrared camera-on-a-chip in 2010, nobody could have predicted how many uses hardware makers would dream up for the technology within a few short years.

The first and most famous was Microsoft’s Kinect sensor, which lets gamers move their bodies to interact with video games. But now PrimeSense chips are also starting to turn up in robots, PC peripherals, and interactive displays.

And here are two more applications that might surprise you: vacation rental marketing and interior design.

Those are two of the use cases being targeted by Matterport, a Mountain View, CA-based startup that uses PrimeSense chips in a new 3D camera being prepped for release this summer. Place the motorized, tripod-mounted Matterport camera in the center of a room and it spins in place, capturing depth and image data that can be uploaded to Matterport’s cloud servers and assembled into a high-resolution 3D model of the space.

Viewers can then move through the model as if it were a scene in a video game. In fact, the viewing software runs on the same Unity engine used to power hundreds of popular video games.

Read the full article at xconomy