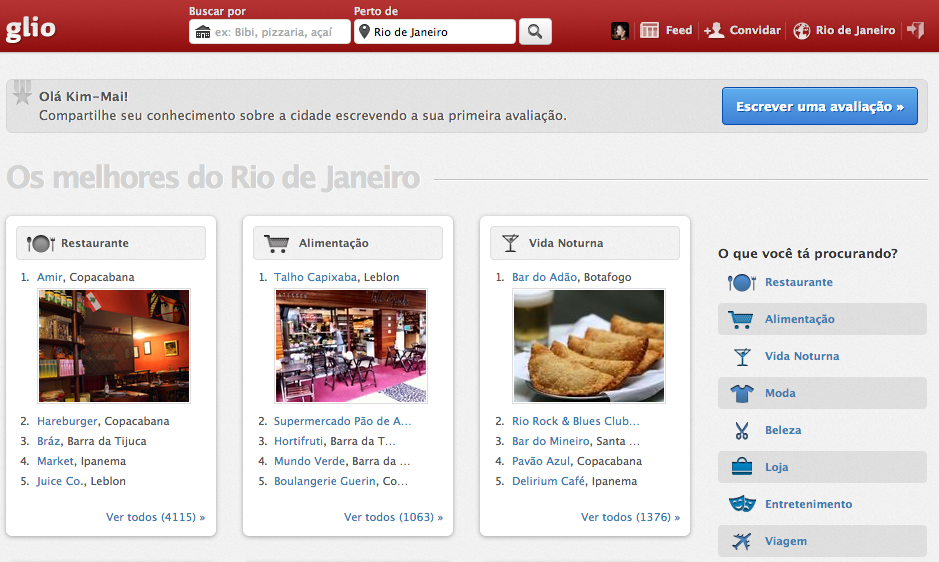 Even though Yelp is almost a decade old, the business model it pioneered with crowd-sourced local listings has yet to permeate the rest of the emerging world.

A Y Combinator-backed startup called Glio is betting that it has a chance to dominate Brazil’s fractured local listings market.

Co-founded by Roberto Riccio, a former professional poker player who entered college at 16, the site is just open to a few major cities in the country like Rio De Janeiro and Sao Paulo.

But eventually, the company plans to expand beyond into Brazil’s mid-size cities and then into other Latin American markets like Argentina and Chile.

Glio’s team got into Y Combinator on the third try, about two years after they originally launched the service. They now have about 10,000 reviews for restaurants and venues in Rio De Janeiro. They just launched a mobile app a few months ago.