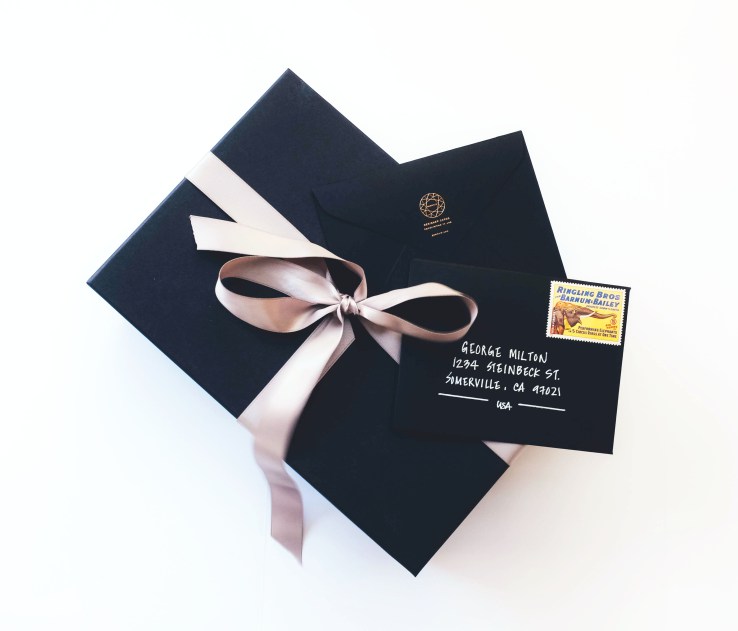 Businesses in the United States spent a whopping $19 billion last year on gifts and
promotional items for their clients and employees. But among all the
cheesy fruit arrangements and overstuffed gift baskets, nothing
stands out quite like an upscale, thoughtful gift accompanied by a
handwritten note.

Gemnote is a startup that just launched out of our
Summer 2015 class that makes it easy for companies to send personalized gifts that seem like they’ve been selected by hand along with handwritten notes.

You can read about Gemnote’s offerings in TechCrunch:

“The startup offers four regularly updated gift boxes, ranging in price
from $80 to $175, as well as custom options, and cards that are
handwritten in English, Chinese, or Spanish and mailed by a network of
freelancers, called ‘scribes’ by the company, around the United States.

…Packages
occasionally include food, but most products—like leather coasters,
Fitbits, Bose headphones, USB cords, and external batteries—are meant to
be kept and used frequently… Gemnote usually looks for gender-neutral items, but it also
creates custom boxes. For example, a company that serves new moms might
send out packages with organic toiletries, robes, or baby swaddles.”

Gemnote
was founded by Ashley Wong, who was previously the head of product at
Spoonrocket. While at Spoonrocket, she once wrote and sent out around
100 handwritten cards and gifts to the company’s investors and advisors
— and quickly realized how difficult it is for a company to maintain a “personal touch” as it scales. Wong told TechCrunch that Gemnote’s online portal makes it so that sending out a personal designer gift is as easy as firing off an email.

Gemnote is currently being used by about 30 companies in the United States, and plans to expand into China next year.

Read more about Gemnote’s launch in TechCrunch, and check them out on Product Hunt and Hacker News.