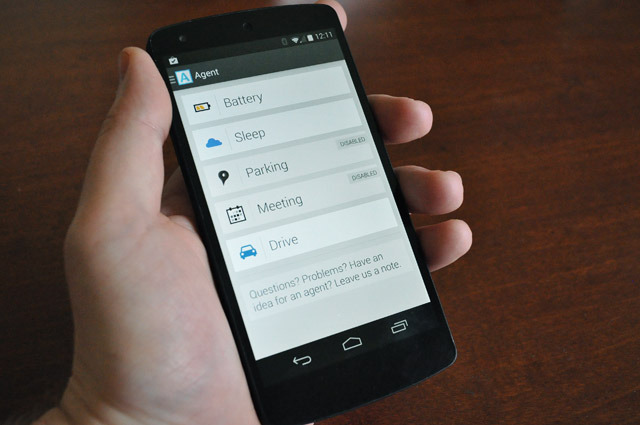 Back in November, I wrote about an Android app called Agent. Agent uses your phone’s myriad sensors to make your Android smartphone just a wee bit smarter.

It’ll detect when you’re driving, and automatically respond to texts to let people know you can’t type right now. During the hours you normally sleep, it’ll auto silence your phone (but still give people a way to ring through in case of an emergency.) When your battery is low, it can flip the switches to turn off things like Bluetooth and auto-sync to eek just a liiiittle more life out of your phone.

The company behind Agent, Egomotion, recently raised $750k. While it’s not a massive round (Egomotion calls it a “second Seed” rather than a Series A), what I find particularly interesting is who invested.

The round was lead by Google Ventures, and their investment was driven primarily by Rich Miner, one of Android’s four co-founders. When a guy who helped create the platform you’re trying to improve pushes an investment in your company, you’re probably on to something.