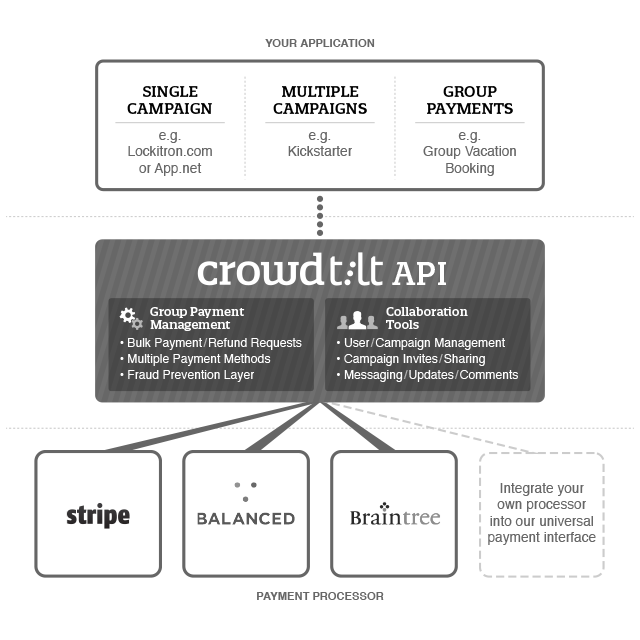 Taking the ax to the silo is Crowdtilt, a year-old crowdfunding company built by cofounders James Beshara, 26, and Khaled Hussein, 28. This morning, the San Francisco startup released the first full-service crowdfunding API, allowing developers to plug a customizable crowdfunding tool into any application. “Crowdfunding seems like a played-out term,” says Beshara, Crowdtilt’s CEO, “but we think it’s at the very beginning of being the next web phenomenon.”

Early partners include Vayable, a fellow Y Combinator startup that helps travelers book tours on vacation. The company will announce a quartet of better-known partners when the API is released in production in early January. (Today’s is a beta release.) Crowdtilt will take a 1% cut of payments collected through the software.

The unleashing of a fully-baked crowdfunding API into the wider web will likely have widespread and unexpected consequences. Beshara rattled off some examples of how the software can be used:

Read more at Forbes and Techcrunch