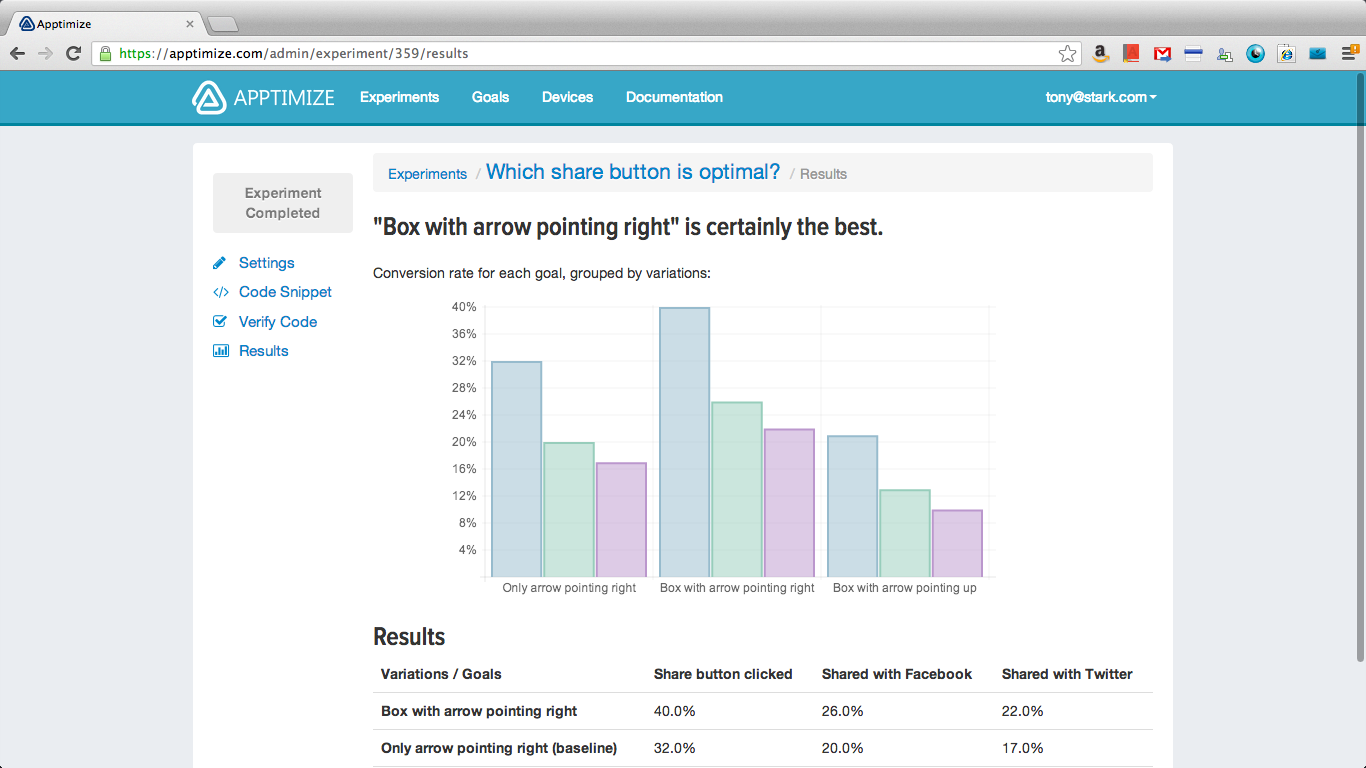 As we shift more of our computing to mobile devices and applications, there’s also a need for a new crop of tools that help developers better build, design and test their creations, which are also specifically tailored to mobile. Newly launched, Y Combinator-backed startup Apptimize is one such service, offering a mobile A/B testing suite for both iOS and Android.

Often, says Hua, companies in need of an A/B testing product simply use something that’s been built in-house, but those services aren’t usually very good.

With Apptimize, developers can instead place a small code snippet into their app then use the programmatic interface to make variations to the experiments they want to run, including which users will receive them and when. For example, developers may want to see if they increase conversions by offering a tutorial or making other changes to the first-run experience. They may want to adjust the pricing of in-app purchases or optimize the checkout funnel in some way, and much more.