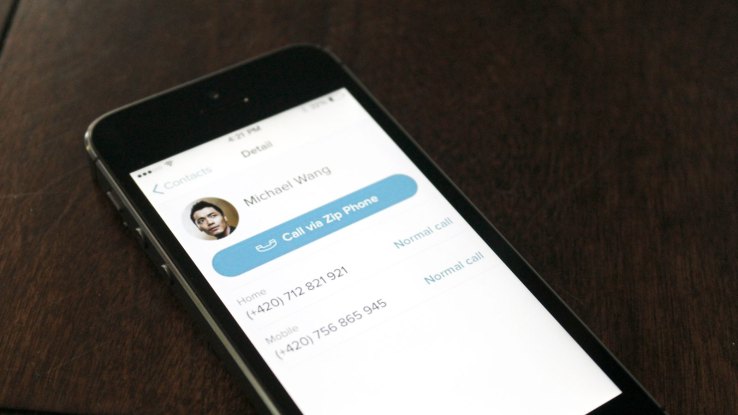 A company known as Zip Phone is making it easier to place secure, Wi-Fi enabled phone calls, in order to save consumers from using up the limited number of cellular minutes that come with their smartphone’s voice plan. That’s a more common problem outside of North America where unlimited calling plans are prevalent, though these consumers can still benefit from Zip Phone while traveling to save on roaming charges.

However, what’s interesting about this startup is how the technology itself is deeply integrated with the Android operating system.

Zip Phone’s founder, Anuj Jain, describes the app as something you just install once, then never look at again. Yes, it’s another one of those “invisible apps” – that is, apps that operate in the background, only kicking off when needed.