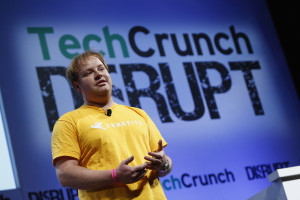 Back at TechCrunch Disrupt NY in April, a company called Zenefits debuted a service that aimed to automate away many of the most annoying bits involved with running a startup or small business. Hire someone? Give Zenefits the basic details, and they’ll get them insured, on payroll, etc. Fire someone? Click a button to pull them off payroll and send out the COBRA details. Life event changes? They handle it. And they do it all for free.

At the time, Zenefits only operated in two states: California, and New York. Today, they’re rolling out to all 50.

Why draw that line? Zenefits CEO Parker Conrad tells me it all comes down to changes in the health insurance system put into play by the Affordable Care Act. Many of those changes don’t go into effect until January 1st, 2014 — but once they do, it’ll be considerably easier for them to pull insurance data and quotes for smaller teams.

Read the full article in TechCrunch