YC is joining Alexis Ohanian’s Without Their Permission Tour 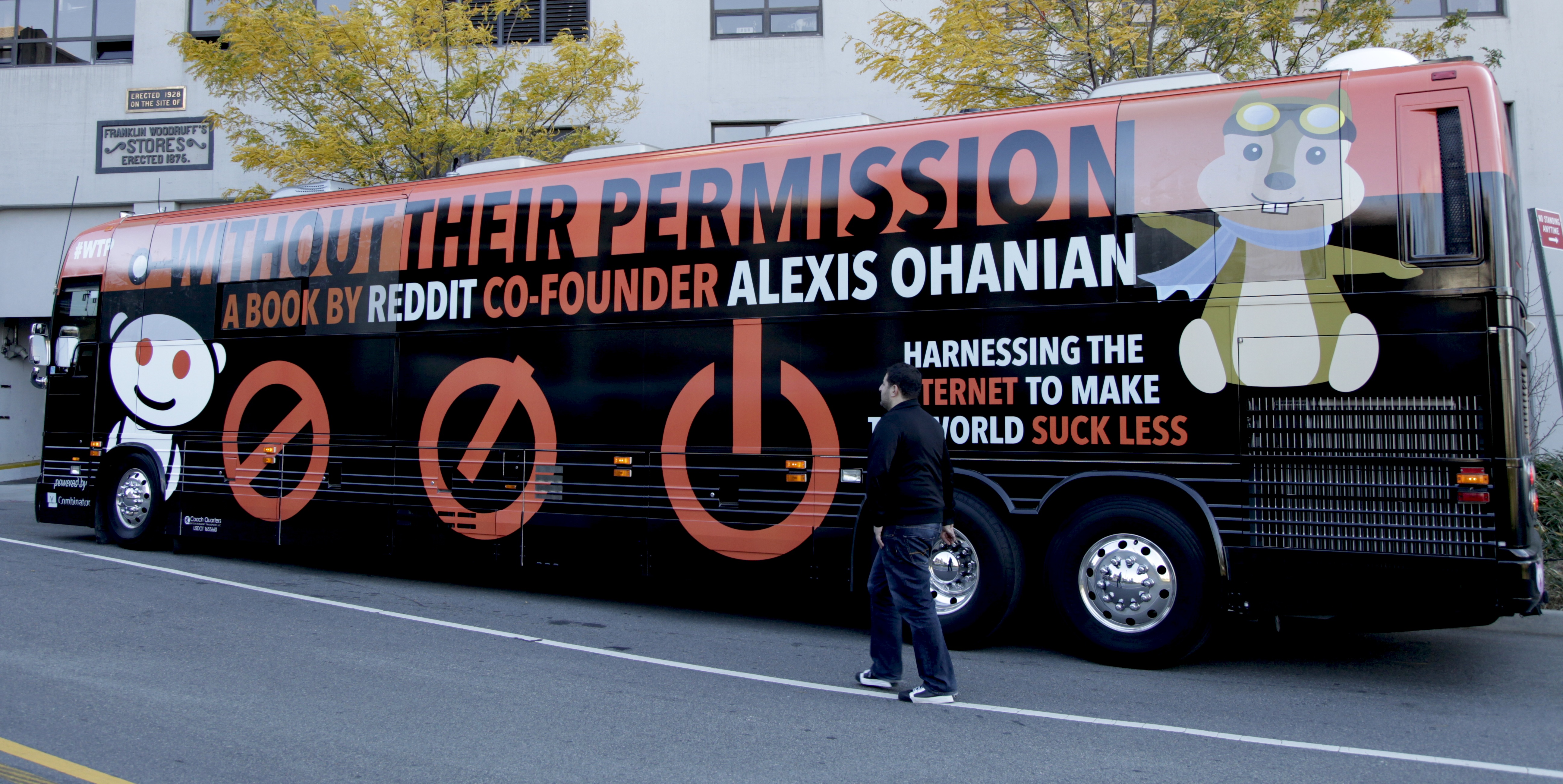 We’re thrilled to announce that Y Combinator will be joining Alexis Ohanian on the road starting next week for the Without Their Permission tour.

The tour celebrates Alexis’s recently published book, Without Their Permission, a “blueprint and rallying cry for entrepreneurship”. At each stop, you’ll get to hear from Alexis, local entrepreneurs and YC alums about their experiences as startup founders.

Alexis and his cofounder Steve Huffman started Reddit in Y Combinator’s very first batch in the summer of 2005. Since then, Alexis has gone on to do non-profit work through his company Breadpig, championed internet freedom in the fight against SOPA and PIPA, and he’s advised lots of up-and-coming startups.

We know he’ll be sharing stories and advice you’d never hear anywhere else, which is why we’re so excited to sponsor him on his tour (in fact, it’s the first time we’ve ever sponsored anything).

At some of the stops, YC will be conducting 20-minute office hours. Reach out to kat@ycombinator.com if you’d like to schedule office hours with one of the YC partners. We hope to see you along the way.