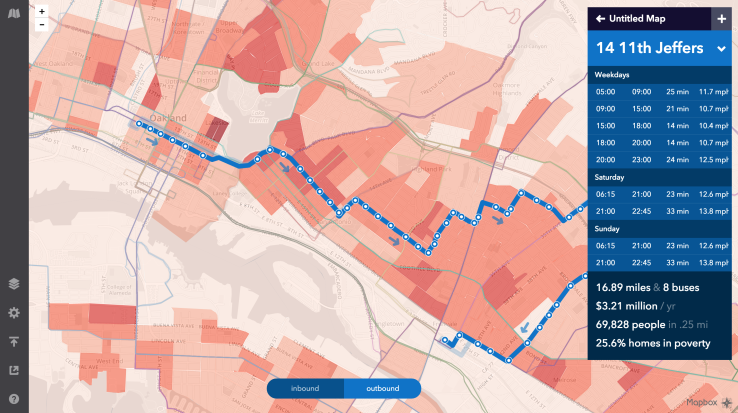 ‘YC-backed Transitmix, which is in the middle of the three-month accelerator program, is building a business out of helping city planners make smarter choices when configuring bus routes. The fix? An online mapping tool to speed up the process of devising and comparing bus routes.

It’s a simple sounding problem with some complex implications — given the various socio-economic factors in play. So anything that makes it easier for route planners to weigh and weight different considerations — such as the cost of operation; how many people a bus route might serve; and how many jobs are in the commuter vicinity — has axiomatic utility.

Frankly it’s hard to believe that something like this doesn’t exist already. But, says Transitmix co-founder Sam Hashemi, the tool’s ‘competition’ is mostly paper-based maps and spreadsheets “containing hundreds of tabs”, coupled with manual cross-referencing of Google Earth. In short: a legacy process nightmare desperately in need of data-rich digital optimization.”