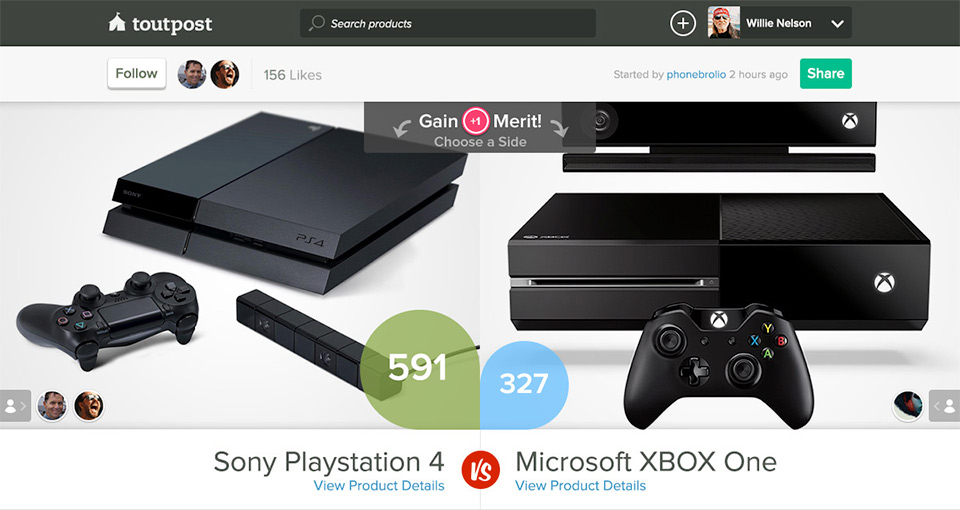 I’ll just throw this out there right now: I am known around TechCrunch for making, let’s say, unwise purchasing decisions. Whereas my problem stems mostly from making those choices without much forethought, others suffer from the reverse. Some people will do research until they’re blue in the face, and they still can’t make a decision.

That’s where Amir Elaguizy, Alex Morse and Paul DeVay come in. The trio has formed a Y Combinator-backed startup called Toutpost that wants to make it easier to figure out what you should buy. How? By basically harnessing the passion and ire of fanboy throwdowns in order to give people actual, valuable purchasing advice.

“We want to remove merchants from the review process,” co-founder Amir Elaguizy told me. “Those other review aggregators are telling a story about stuff; we’re trying to tell a story about people.”