StoryWorth (YC W11) in the NYTimes: Preserving Family History, One Memory at a Time 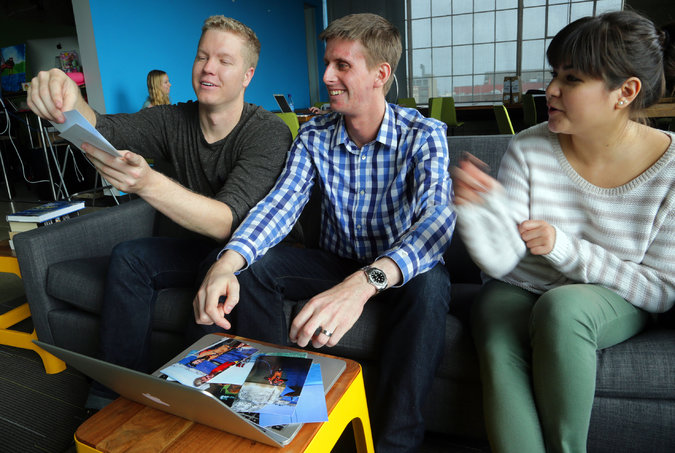 Until recently, Jessie Leiken, 27, a union organizer in Brooklyn, was confident that she knew about the major adventures of her mother’s life: a hot-air balloon ride in Egypt, a snowshoeing excursion in Montana, a camel-meat meal in Morocco. But two weeks ago, an email appeared in Ms. Leiken’s inbox from her mother, Nancy Mills, 64, that told an entirely new tale:

I do want to share one particular adventure that you may not know about: the one Antioch College demanded of all students who were planning to go abroad for part of their education. As I recall it, they gave us each $10 (or thereabouts) and drove us to a small, very small town in rural Ohio and dropped us off on the side of the road and told us they would pick us up at the same place 48 hours later.

Ms. Mills’s family has been receiving messages like this one, containing nuggets of her past, as well as memories of her own parents’ and grandparents’ lives, a few times a month since last April. That was when Ms. Leiken signed her up for a service called StoryWorth.

StoryWorth provides a selection of questions, chosen by Ms. Leiken, for her mother to answer each week. It then emails the questions to Ms. Mills, and when she replies, her answers go to her family and are stored on a website where they can read them privately. It is one of a handful of new companies focused on enabling people to collect their family histories.

Read the full story in the NYTimes