SmartSpot’s Tale (YC W15): From A Farm In Egypt To Building A YC Computer Vision Startup For Fitness 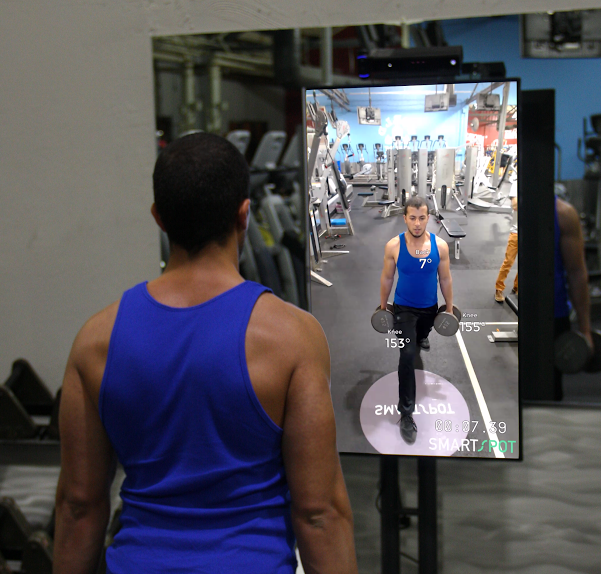 SmartSpot is launching out of the Winter 2015 batch of YC. SmartSpot makes a smart mirror for gyms that tracks your form as you work out and provides live correction. They help people improve their exercise form and prevent injury.

The vast majority of gym-goers don’t know how to exercise properly and safely. Many quit after only a month because they don’t see improvement. Although personal training is one solution, at $80 an hour or more, personal trainers are out of reach for most people. SmartSpot’s founders believe that personal training should be something anyone can afford.

They have launched in 3 gyms in San Francisco where they’ve worked closely with early users to make a product that can become part of a routine for people with a variety of fitness goals.

SmartSpot is founded by Moawia Eldeeb and Josh Augustin.

“Moawia Eldeeb grew up with his family on a village farm bordering the Nile, growing rice in the summers and vegetables in the winters. It was the way things had been for years, decades even.

But when Eldeeb’s brother was born with a rare genetic condition called ectodermal dysplasia, everything changed immediately. Because of the condition, Eldeeb’s infant brother couldn’t sweat. And given Egypt’s humid climate, this meant a certain and swift death.

His father, who had been applying every year for a green card for the past 15 years, fortunately had won one in the lottery. Roughly two weeks after Eldeeb’s brother was born, they left everything they had ever known behind.