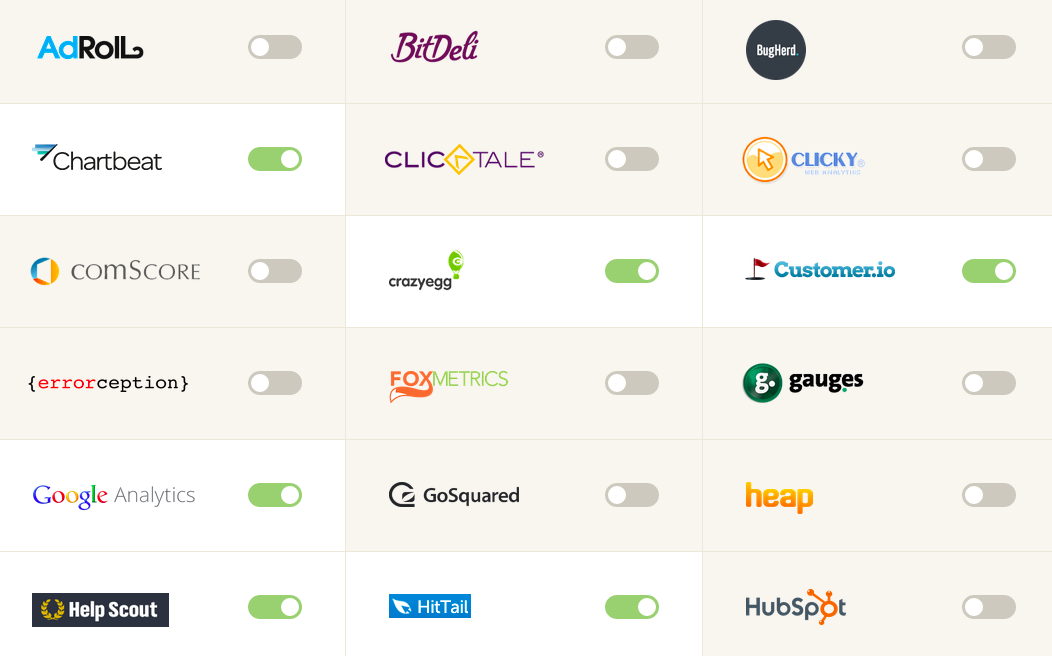 Five months ago, Segment.io‘s business just wasn’t getting traction. But an open-source library the team had released in 2012 that enabled web developers to drop in site analytics code once, and integrate dozens of analytics tools immediately, was seeing surprising momentum. So the team changed directions, built a hosted version, and today is serving “over a billion API calls a month.”

Zero to a billion in five months sounds good, so Segment.io is trying it again.

The Y Combinator-funded startup is launching a single analytics solution for mobile apps. Similar to its web version, the Segment.io’s mobile analytics SDK enables developers to implement just a few lines of code and then toggle any analytics service on or off instantly. No recompile, no resubmission to the app store, no re-installs on user devices.

Read the full article at Venturebeat