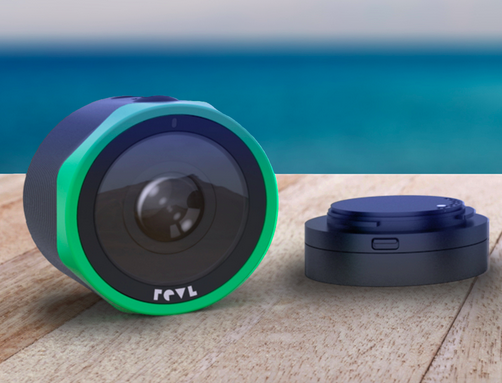 REVL is a company launching out of our Winter 2016 class founded by a team of action sports
lovers who got tired of spending hours editing the shaky footage they’d shot while kiteboarding.

So they developed a new and better kind of action camera.

“Founded in 2015 by Eric Sanchez, Revl is building an action camera
that is fully stabilized, provides instant capture and share, and has ‘intelligent features,’ which the company plans to elaborate more on
this spring. Revl will be making its device available for purchase
through a crowdfunding campaign that’ll launch later this year. No price
information has been released yet.

With this product, Revl is taking a clear shot at GoPro and other
sports and action-focused cameras. The team — described as passionate
kiteboarders and sports enthusiasts — ‘got tired of spending hours
editing shaky and rotating footage.’ To solve this problem, they set
about building a camera capable of reducing shakiness — it has
technology that promises to keep the view level with the horizon at all
times.”

REVL has raised a total of $2 million in a seed round led by Bill Tai. Read more about the company and its recent funding in VentureBeat here and in the Wall Street Journal here.