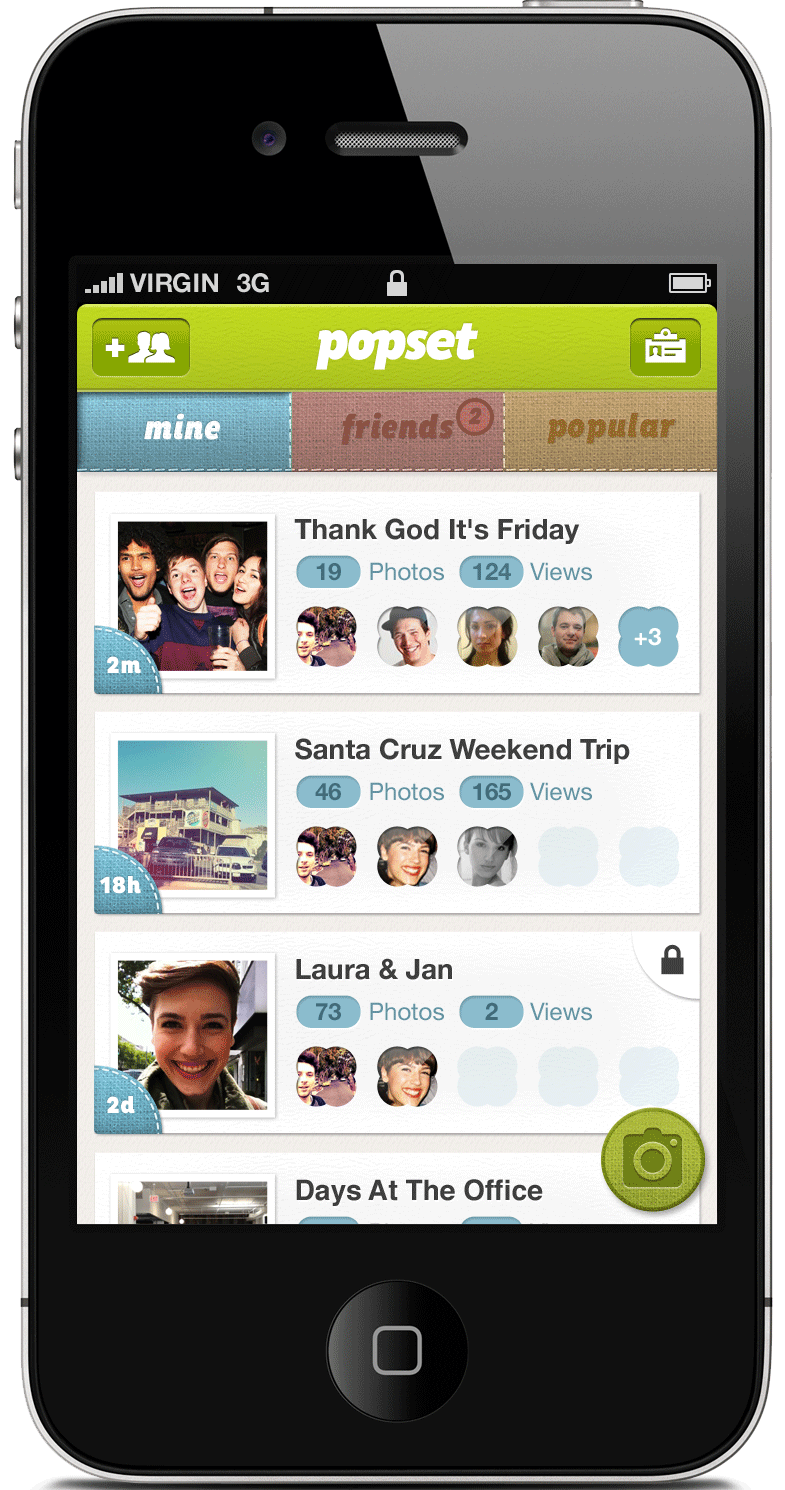 Popset, a new mobile app from the current Winter 2012 batch of Y Combinator startups, is a way for groups of friends to privately share photos. Oh what, you’ve heard that one before? Yes, it’s true – mobile photo-sharing is a crowded space. However, there hasn’t been a de facto leader established in the particular category Popset is after: sharing photos in private groups, easy photo album creation, and support for exporting entire albums to Facebook.

Each of Popset’s features may remind you somewhat of other apps, including group texting apps like Beluga and GroupMe, the earlier incarnation of Path, Batch, LiveShare, and others, but none of Popset’s competitors share the exact same feature set implemented in the exact same way.

via techcrunch.com
Get the app now on iOS