Plangrid (W12) Builds A New Market For The iPad: The Construction Industry 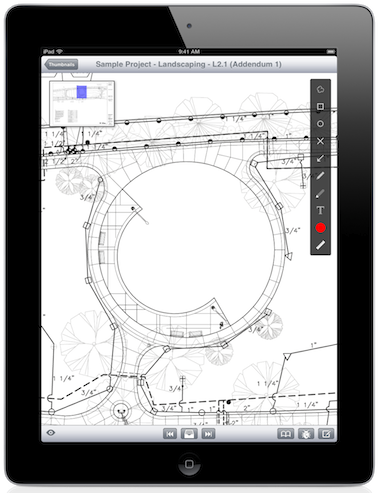 Mark this up as one more crucial chapter in the much-thumbed book called “The Consumerization of IT”: a new app has launched from a Y Combinator-backed startup that offers builders the ability to store, manage and view blueprints on and iPad tablet.

The unique selling point for PlanGrid, as the app is called, is that it promises to present building blueprints in a far more efficient way than they have been presented before.

But on a more general level, PlanGrid is a sign of how the iOS platform is maturing and attracting a new wave of developers who target specific enterprise verticals with solutions tailored to their business needs.

How it works. PlanGrid is a cloud-based service that delivers blueprints as PDFs directly on the tablet; then people working in the field can use these instead of paper-based versions. When a modification needs to be made, that can be directly noted on the plan, in the app. That is subsequently updated into a new version. PlanGrid’s technology makes the rendering and scrolling of those blueprints significantly faster, too.