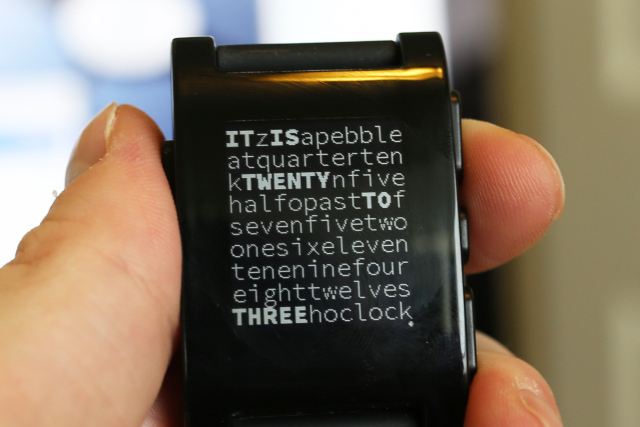 Smartwatch startup Pebble revealed today for the first time that it has received 190,000 pre-orders for its wearable computing accessory through its own web store following the tremendously successful Kickstarter campaign it ran last year. That means it amassed around 275,000 pre-orders total for the smartwatch, which is impressive early traction for a device that didn’t have a proven market in place to sell into.

Pebble co-founder Eric Migicovsky told me the company wanted to reveal the total order volume now as a follow-up to its Best Buy availability announcement, in order to provide some context around the challenges the startup has faced in terms of shipping product to backers. Response at Best buy has also been very good, Migicovsky says, though the team isn’t yet ready to talk about specific numbers. The Pebble is sold out at many of Best Buy’s retail locations already.