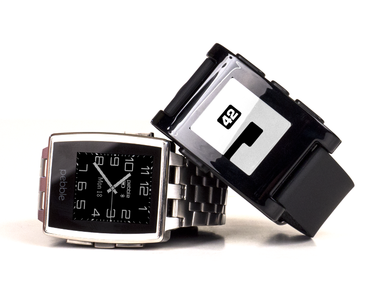 Wearable tech start-up Pebble enjoyed a successful first year for its smart watch range, shipping 400,000 since January 2013 and earning an estimated US$60m in revenue. Investors are confident of continued success in 2014, despite increasing competition.

For CEO Eric Migicovsky, Pebble started out in 2009 as a school project while at the University of Waterloo in Ontario, Canada. The company then joined the Y Combinator programme, one of the world’s top start-up incubators, before it launched a Kickstarter campaign in April 2012.

The crowdfunding campaign was a runaway success, raising 100 times its original target at US$10.3m. Pebble started shipping to its Kickstarter backers in January 2013, followed by public availability in July. It sold out in five days.

Some 400,000 smart watches later – according to figures cited in a Fortune Tech interview with Migicovsky – Pebble is now facing stiffer competition in 2014, the year wearable tech is expected to hit the mainstream.