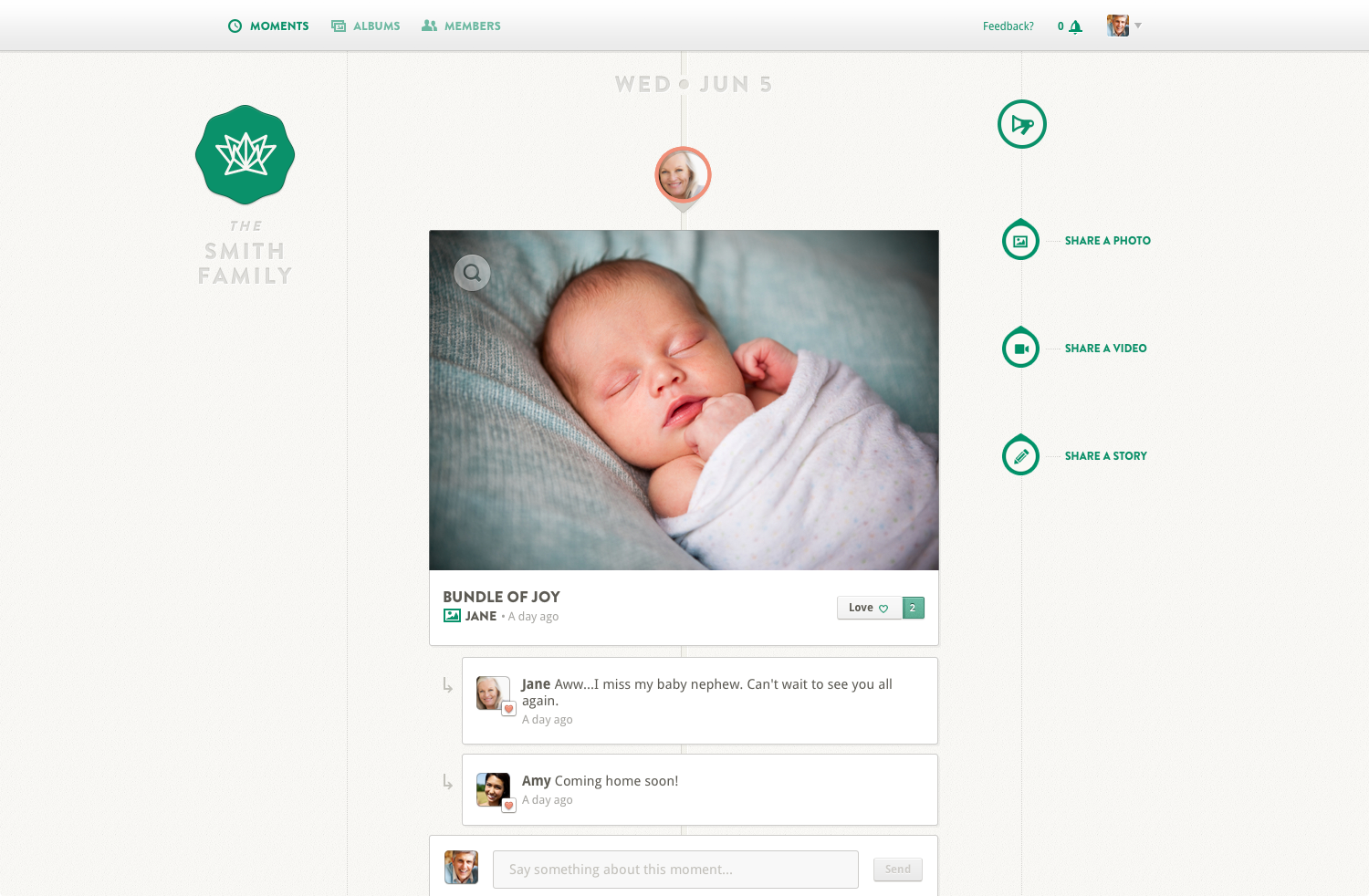 Origami, the new family-focused product from Y Combinator-backed mobile social network Everyme, has now arrived after nearly a year of development. A spin-off of sorts, Origami takes some of the original inspiration behind Everyme – that people are looking for new ways to share outside of larger, more open social networks like Facebook – and tweaks the formula to address the needs of parents and families, specifically.

“What we saw pretty early on was that probably 50 percent of the usage on Everyme is families,” explains Origami co-founder Vibhu Norby. “And that’s 50 percent of total Circles [Everyme’s groups], but in terms of actual usage, it was almost 100 percent of people using it with their families,” he says. “We felt like we found the market, but the product itself wasn’t really intended for that.”

Sustained by its $2.15 million A round, the company has been focused on Origami, a new product build from the ground up, since August 2012. Like Everyme, Origami offers both a web and mobile platform that allows families to connect with each other in a private group, and share photos. But the service goes further, too, offering tools for sharing videos, creating albums, and adding text-based entries for posting stories, recipes, or other notes.