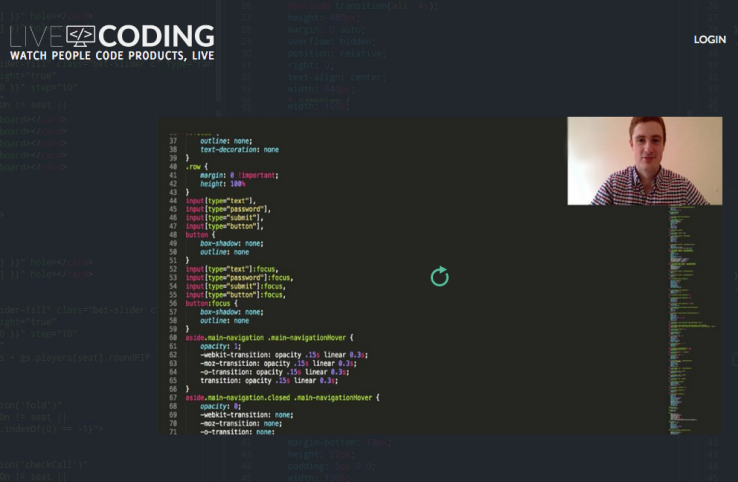 Livecoding.tv is launching today as part of the Summer 2015 batch of Y Combinator.

Livecoding.tv is a livestreaming platform where you can watch people code products live. It’s like Twitch for coding.

Read more about them in TechCrunch:

“The way Livecoding works is pretty simple. Developers stream live video of themselves coding, and users watching can ask questions or give feedback.

Anyone who wants to stream about coding can do so, from expert coders to 11-year-old kids building their first Java game.”

You can visit the site any time of day or night to learn from developers who are building games, mobile apps and websites. Streamers come to share the projects they are working on, get feedback or help from viewers, and share their knowledge.

Livecoding.tv was founded by Jamie Green and Michael J. Garbade. What they’ve built is a new type of educational platform.“Live education is the key to the future,” Green told TechCrunch. “Verticals like design could be very interesting to engage with this model.”

Livecoding.tv is free for both streamers and viewers.