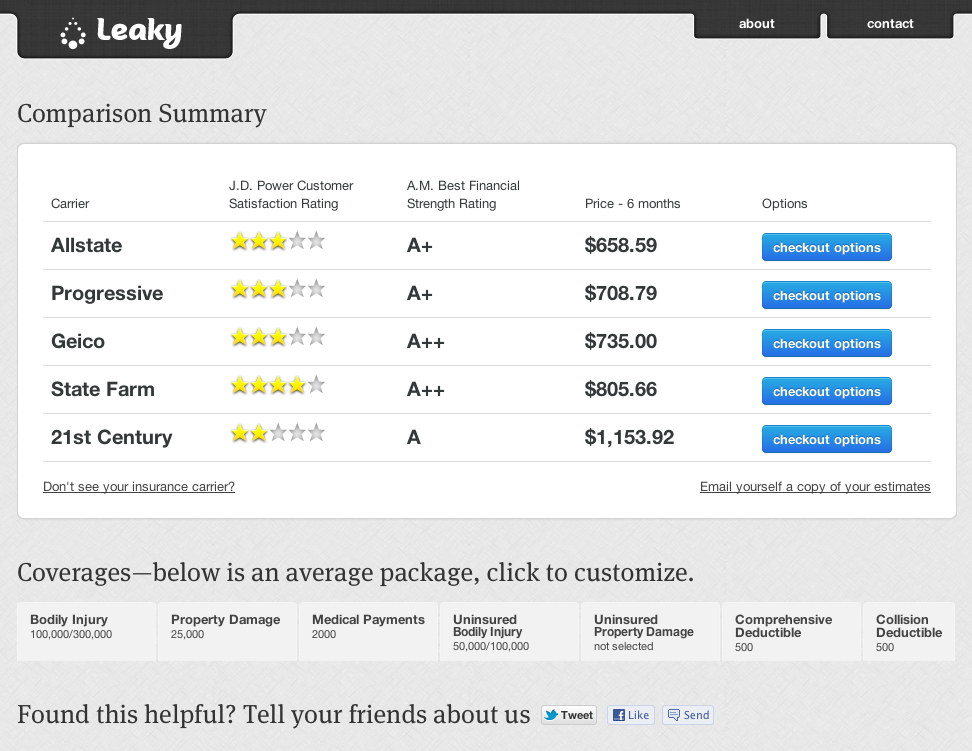 Last August, Y Combinator-backed Leaky had one of those “good news, bad news” startup launches. The good news — the launch got plenty of attention, and (thanks in part to some coverage from TechCrunch), the site attracted 10 times as much traffic as expected, according to co-founder Jason Traff. The bad news — that attracted the attention of the insurance companies, who sent Leaky cease-and-desist letters.

The problem? In order to compare the insurance prices you’d pay with different providers, Leaky was scraping the data directly from the insurance companies’ websites. It sounds like Traff wasn’t entirely surprised by the letters (“We understood their objections and complied with them,” he says now), but he thought Leaky would have more time to fly under-the-radar while it figured out the best way to get its data. However, the high-profile launch made that impossible, and the site went offline after four days.

Now Leaky is back, and it’s offering price comparisons based on a new data source — the regulatory filings that car insurance companies have to file with the government. Using those filings, the company has created a model that predicts, based on your personal details, how much each insurance provider will charge.