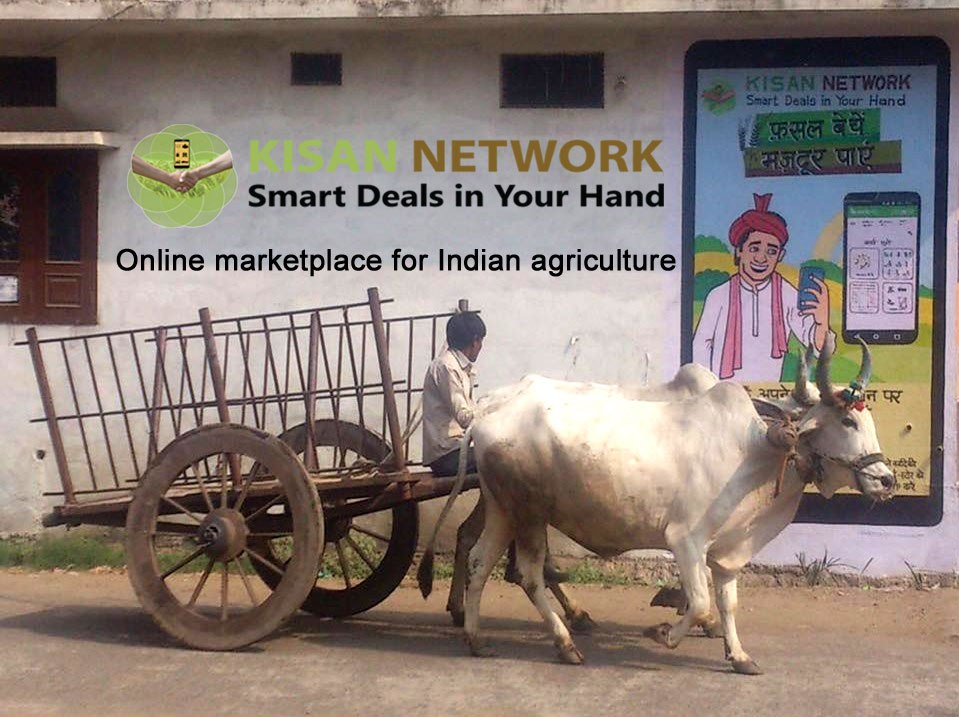 Kisan Network is a startup in our Winter 2016 class that enables farmers in rural India to sell their produce directly to
institutional buyers, such as producers of packaged foods — bypassing the traditional network of opaque local negotiations and middlemen who often take outsize commissions.

With the rise of affordable smartphones and data
connectivity in rural India, farmers have realized that the internet
provides a platform to get information from beyond their local
community. Kisan Network aims to be the go-to web
platform for the farming industry in rural India.

In a few seconds, a farmer can open Kisan
Network’s Android application, take a picture of his or her crop and
post details about the harvest and its next availability. Buyers on the platform can browse available options on the app or
web, and pay the farmer via Kisan Network at the time of delivery.

Jonathan Shieber recently interviewed Kisan’s founders and profiled the company in an in-depth story for TechCrunch:

“With a market size of roughly $260 billion for agriculture and
ag-related services, it’s little wonder that the national breadbasket
for 1.2 billion people and a regional food exporter to another 3 billion
people on the Asian continent would be of interest to investors.

Kisan Network wants to be the logistics provider and central
marketplace for a large percentage of all of that produce. Already the
world’s largest producer of milk and spices, the possessor of the
largest herd of buffaloes in the world and the largest area of wheat,
rice, and cotton cultivation, India’s position could rival the U.S. as
the world’s breadbasket should the right incentives fall into place.

And it’s a market that’s ripe for disruption given the historic
information imbalance between buyers and sellers. That’s a problem
technology has been solving for generations. Aditya [Agarwalla, Kisan Network’s co-founder] was so convinced of
the company’s viability, and the need for its service, that he’s dropped
out of Princeton to build the business.”