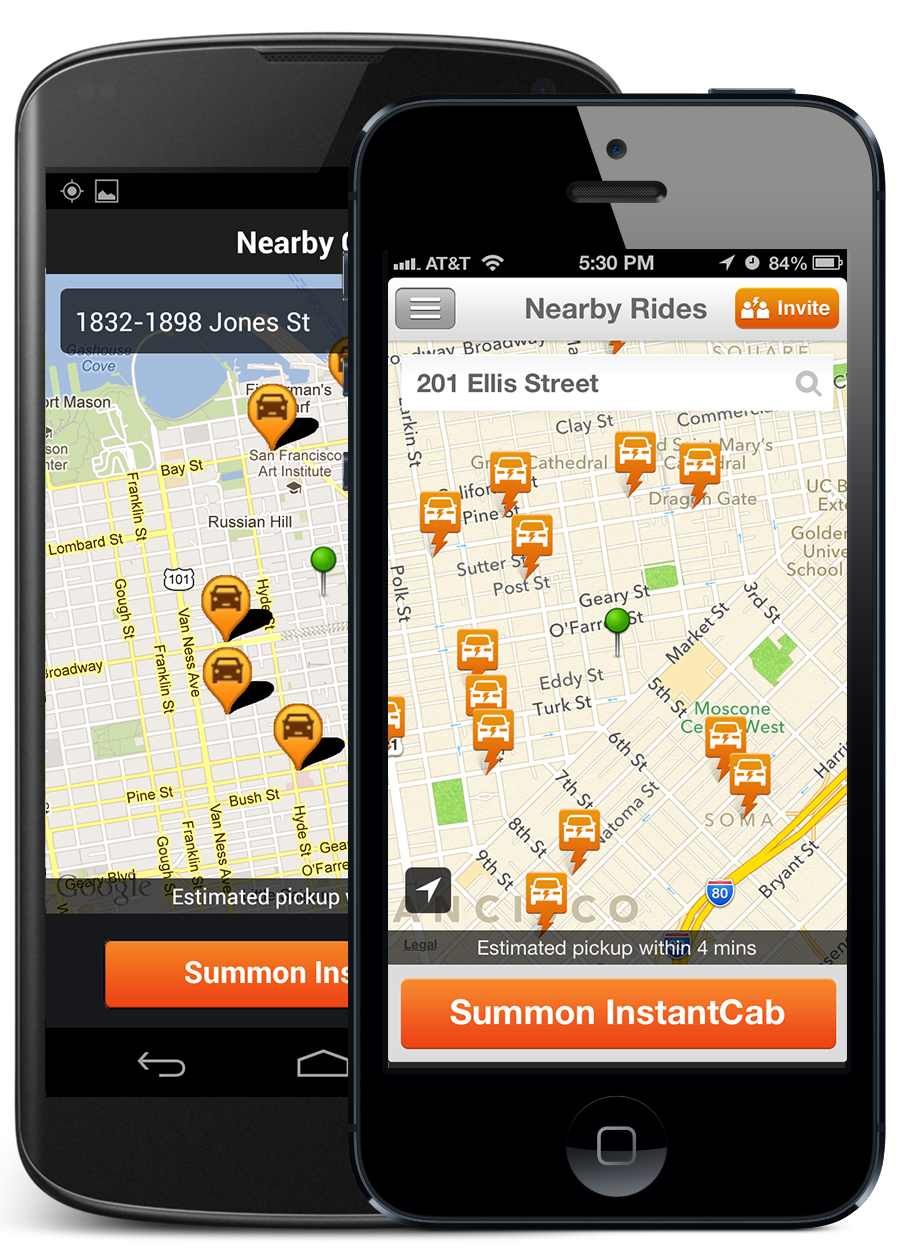 There’s no shortage of local taxi and ride-sharing apps out there, with services like Lyft, SideCar, Flywheel, and UBERx all competing for passengers in San Francisco. But a new startup called InstantCab has a unique twist on the transportation app business, by combining inventory of taxi drivers along with community ride-sharing drivers. Together, the company hopes to meet all of the demand that the San Francisco market is throwing at transportation apps, while providing all the same reliability and competitive pricing that local passengers have come to expect.

By having drivers from the ride-sharing community as well as the taxi community, InstantCab seeks to provide more supply, safety, and reliability than the other apps out there.

While operating in a beta period, InstantCab already has apps for both iOS and Android. It has done more than 20,000 rides so far, and has several hundred drivers available for rides in San Francisco. When taking a traditional cab booked through the app, the price is the same as what’s on the meter. Community drivers end up having their fares match the same taxi pricing, but fares are based on GPS data from the route that they take.

With that in mind, Trivedi believes InstantCab not only has an inventory and reliability advantage over other services — it also seems to have a price advantage. He’s has done a price comparison of the different services traveling between the same locations, and found InstantCab’s fares are consistently lower than the competition.

Even the ride-sharing services like SideCar and UBERx that have cropped up seem to be somewhat more expensive, based on data he’s collected. For instance, SideCar’s fare was more expensive than InstantCab fares about 75 percent of the time, and UBERx was 33 percent to 50 percent higher than InstantCab fares. Even UBERTaxi fares were higher, by about 5 to 20 percent, and that’s before the mandatory 20 percent tip.