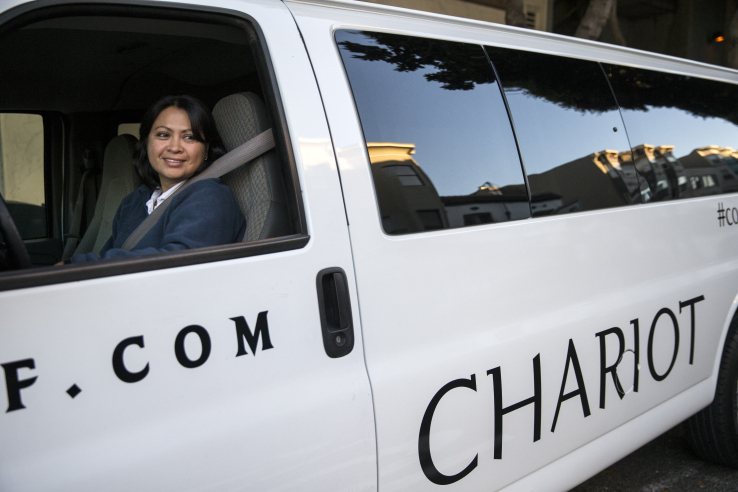 YC W15’s Chariot is opening its third route today in San Francisco. The “Cole Valley Cruiser” will offer trips from the Cole Valley and Haight-Ashbury neighborhoods to Downtown SF and SoMa.

“If you live in San Francisco, you’re probably well aware of how bad the public transportation system is here.* While the growth of on-demand transportation services like Uber and Lyft has eased some of the pain of traveling around the city, those options aren’t exactly cost-effective for the average commuter just trying to get to and from work.

A private shuttle startup called Chariot is hoping to improve transportation options for San Francisco residents, and it’s doing so by letting them tell it where they need service.

Chariot launched a beta version earlier this year to run a series of private shuttle routes between neighborhoods that are poorly served by current public transportation options in the city. The company hopes to provide a service that will be faster and more convenient than public bus lines, at a price to consumers that is competitive with those options. It does this by running 15-passenger vans on regular routes users can sign up for through its website or a mobile app.”