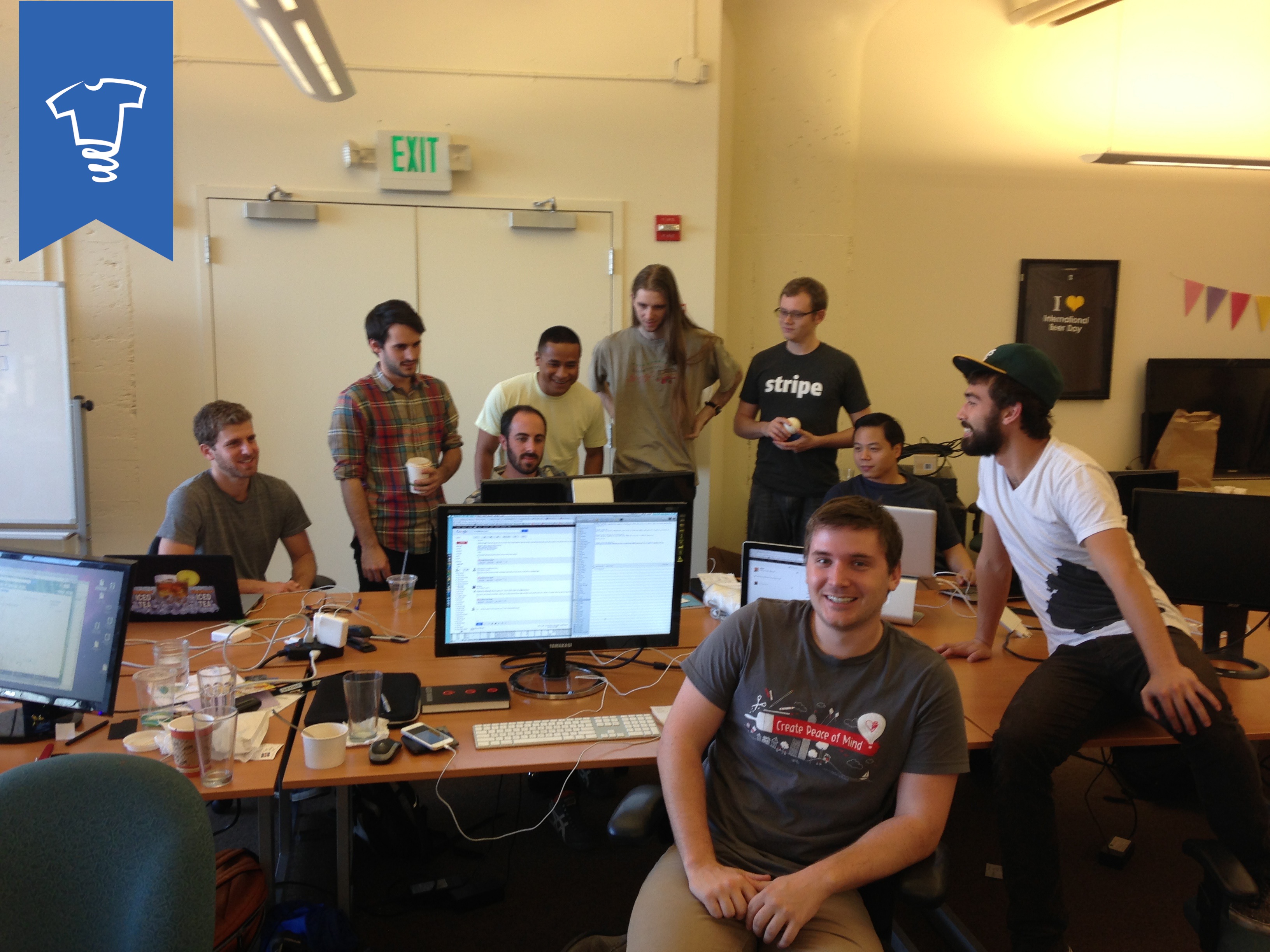 Teespring, a crowdfunding site for custom apparel, has created a new way for people to express themselves, promote causes and even celebrate their favorite 90s TV principal. When they applied to YC, Teespring had already built a significant amount of traction organically — in fact, they were profitable. Since going through the Winter 2013 batch, they’ve celebrated a few big milestones, and are currently shipping well over 100,000 orders a month. We sat down with cofounder Walker Williams and asked what inspired them to apply to YC, how the process helped shape Teespring along the way, and what advice he’d give to new applicants.

A quick origin story
Teespring was born when two friends at Brown University decided to design and sell a t-shirt to commemorate the closing of a beloved Providence bar. After realizing the tee selling process involved thousands of dollars in upfront costs, and a number of logistical nightmares, they figured they could build a better solution.

In under 12 hours, they hacked together a site that sold hundreds of shirts and grabbed the attention of student groups and nonprofits all over campus. Soon, requests poured in for Williams and Stites-Clayton to replicate their model for other groups. Thus the idea for Teespring, a crowdfunding site for apparel, was born.

YC: Tell us how you decided to apply to YC.

Walker: I got really interested in YC about six months into running Teespring. We were doing well, but we knew we hadn’t figured out some important pieces of the business. We didn’t feel like we had the mentorship structure to take us to the next level in Providence. It was a choice between staying where we were and grinding away, or joining the YC community where we could be a part of a network of thousands of entrepreneurs and mentors who we could learn from. Actually being able to hear from and talk to founders who’ve built billion dollar companies, who went through the same struggles you’re dealing with today, that’s invaluable.

YC: What about the YC program has surprised you most?

Walker: The community. I went through an incubator in college — one local to the Brown area. It was fun and I learned a lot, but as soon as the program was over the founders all went their own ways. There was no ongoing communication.

We still talk to so many people in the YC community. We get invites to events, we meet with a lot of the mentors, especially PG and Sam. There’s something more lasting about the way YC sets things up, the way they build community.

YC: What is the most useful piece of advice you heard from a Tuesday night dinner speaker?

Walker: The most useful piece of advice I got was from John Collison, the cofounder of Stripe. He stressed the importance of doing things that don’t scale — of doing things you’re able to do now that big competitors can’t keep up with. I was building from the standpoint of efficiency and scalability. But I took this advice to heart, and it’s been one of the biggest competitive advantages we’ve had.

Walker: We have close relationships with most of the sellers on our platform. We’ll teach them what we know about how to sell, what converts. I still get late night calls from some of our sellers looking for help or advice. We listen, gather feedback, and adapt quickly to their needs. It’s that constant communication which allows us to build the platform the users need, rather than what we think they need.

YC: What’s been the hardest part of doing a startup so far?

Walker: Even though it seemed like we were growing from the start, there were months and months where we’d ask “Do people really need this? Am I doing something wrong?” There were points when we were almost out of money, or when business was stagnant. It’s hard being able to recognize when to persevere and when to give up.  But we made a decision to keep going. Once we joined YC we realized that every startup has these growing pains. They all go through the “Trough of Despair.”

YC: What do you wish you’d known when you first started?

Walker: Suck it up and get on the phone. I’m the worst sales guy in the world, but I had to get out there and sell. When you’re a builder and you love to build things, it’s easy to bury your head in that comfort zone. You say, “I’ll just program my way out of the fact that no one’s using the product. I’ll just add new features.” I was stuck in that zone for months.  But if you’re not out there making a pitch for why people should use your product, they won’t come.

YC: What advice would you give to founders applying for the next batch?

Walker:  Be straightforward. Don’t try to put a marketing spin on your presentation. Just be very very honest. Be brutally honest about where you are, what your numbers are, what your challenges are, who loves it today, and who is going to love it tomorrow.

Read more about Teespring:
Teespring.com
Origin Story: “Our Path to $1 Million in Sales”