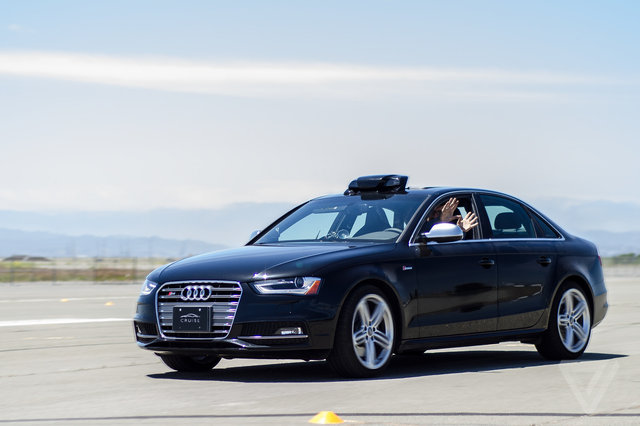 I’ve seen the abandoned airport runway in front of me a dozen times, but this is my first time actually being here. I’m in Alameda, a city right across the bay from San Francisco, at the same disused Navy runway where the popular TV show MythBusters often does incredibly dangerous things with cars. Semi trucks have collided here head-on, and passenger vehicles have smashed into concrete barriers or gone careening through the nearby chain link fence. Hopefully none of those things are about to happen to me as I step into the backseat of a car controlled by a computer in the trunk. Did I mention the software isn’t finished yet?

This is the first public demo of Cruise, a new technology and business from a Y Combinator startup aptly named Cruise Automation. It’s designed as a computer-controlled driving system that can take over when you’re behind the wheel. Turn it on like typical cruise control and it will keep the car going, but the added smarts will steer, brake, and avoid objects.

Read the full story at The Verge