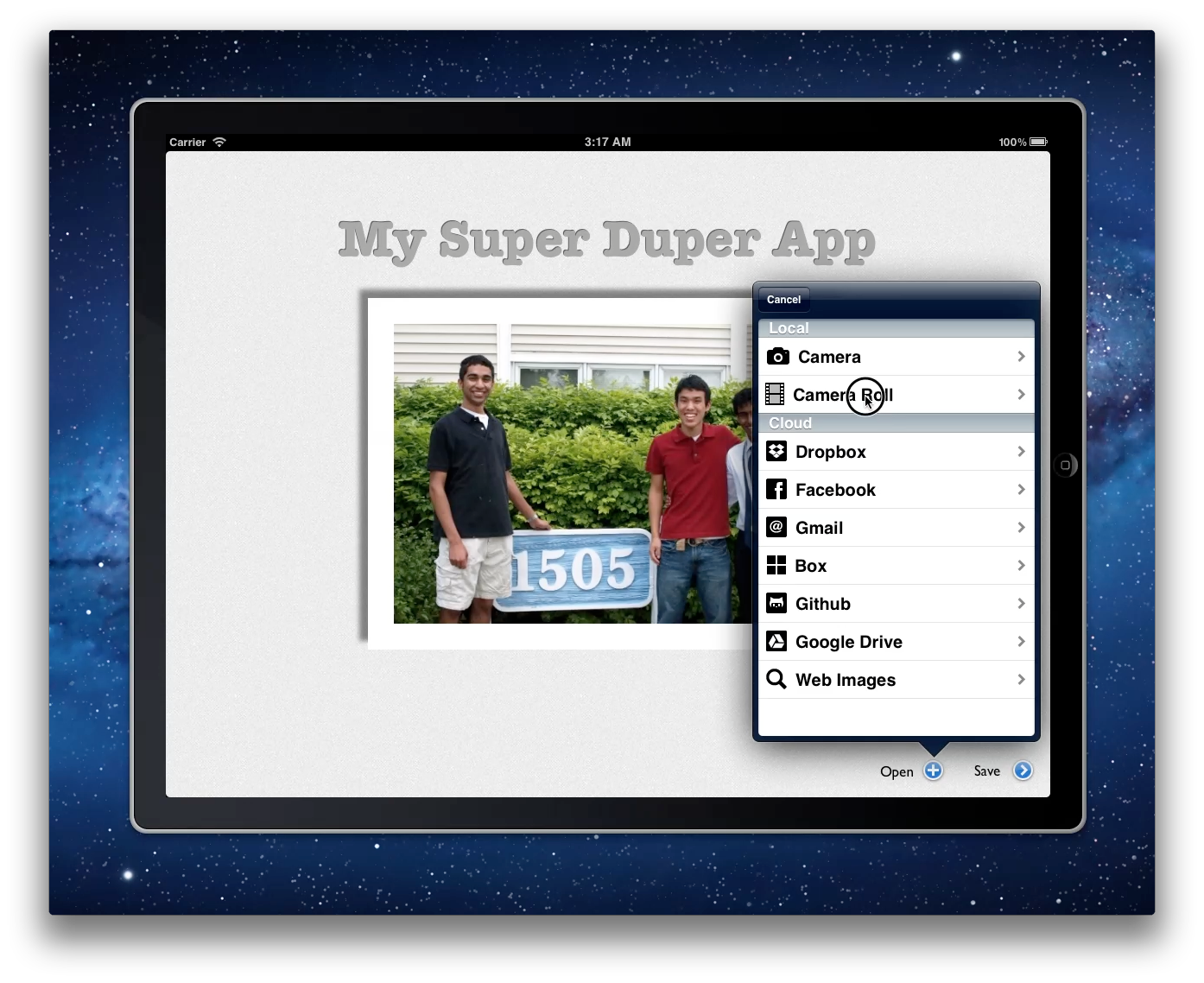 Filepicker.io, a Y Combinator-backed company building tools that make it easier for developers to integrate access to cloud services within their applications, is now bringing its capabilities to mobile developers building apps on iOS and Android. With the new Filepicker.io Mobile Library, developers can quickly add integrations which let their apps connect to popular online services like Dropbox, Google Drive, Box, Facebook, Flickr, Evernote and more.

For developers, the result of using the drop-in SDK is a sped up time to market, as Filepicker eliminates the need to code these type of integrations themselves. For end users of the apps, it means an easier way to move data between their favorite cloud services, without having to first save a copy locally to their device.