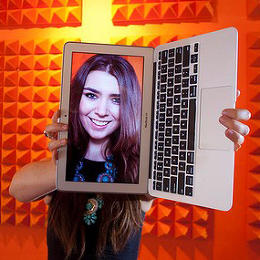 As a journalist, you usually see the same patterns in people’s stories. Each story is impressive it its own right, but you rarely find a new pattern. But that changed with the last interview I did. The company is called 99dresses, and it’s an online trading network for women’s clothing.

At 20, CEO Nikki Durkin-–who had no programming skills or a fancy MBA–-applied to Y Combinator and got accepted. Now three years later, 99dresses is making its North American debut on the iOS App Store on September 23. Here’s what she had to say about solving problems, learning on the job, and being a woman at Y Combinator.