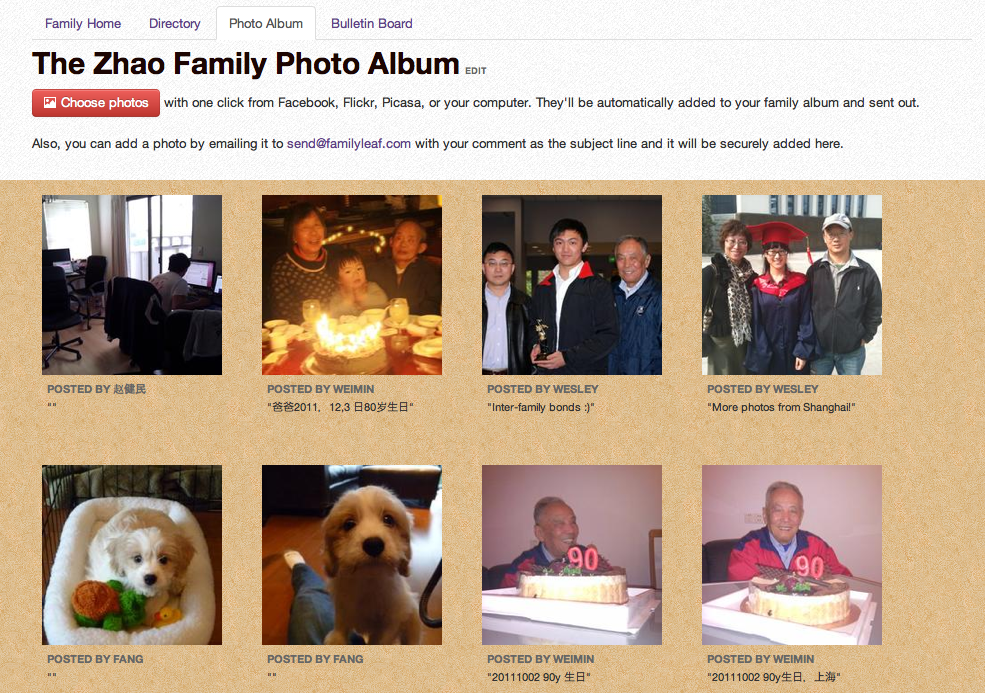 Facebook is on its way to having a billion members, but it’s not always making friends everywhere it goes. Two young men, both aged 19 and in the most recent crop of Y Combinator startups, think they’ve found a gap in the market that has yet to be served that well by the biggest social network: families.

FamilyLeaf was created by childhood friends Wesley Zhao and Ajay Mehta (last seen here spinning out a Y U NO yarn to gain entry into YC; it worked). And it was borne out of a desire to have an easy-to-use online space for you and your relations that address some key “misuse” of sites like Facebook — something they say became especially apparent to the two of them after they left for college (respectively Wharton and NYU Stern, where they are now on a leave of absence).