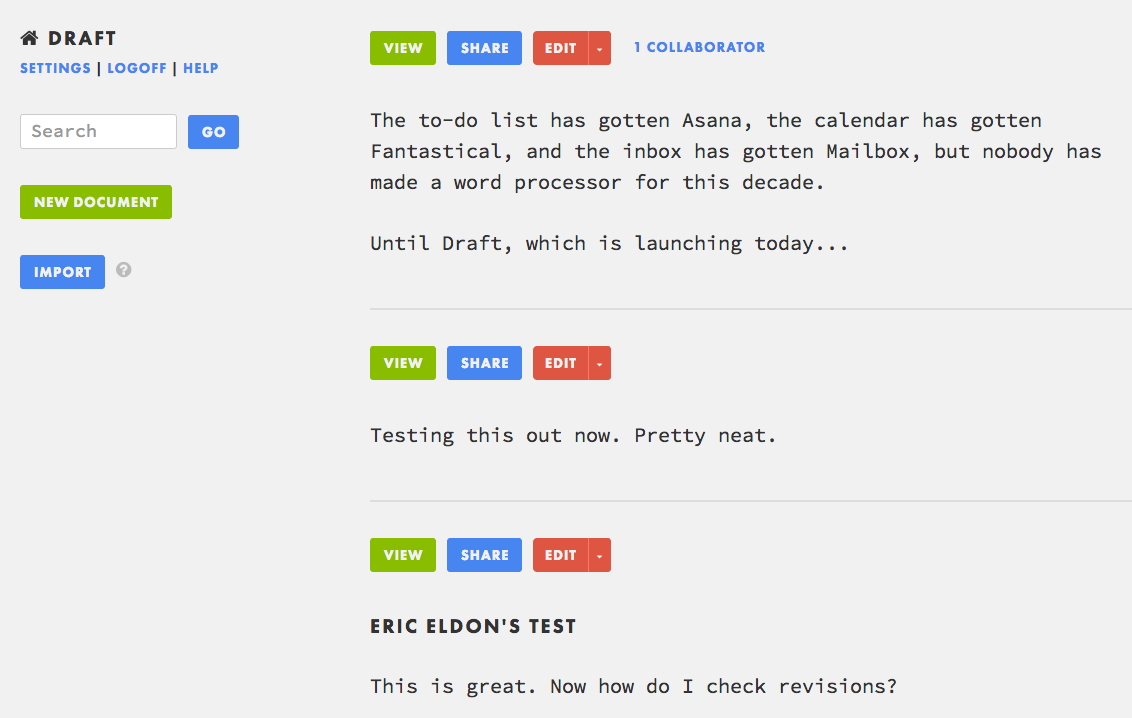 The to-do list has gotten Asana, the calendar has gotten Fantastical, and the inbox has gotten Mailbox, but nobody has made a word processor for this decade.

Until Draft, which is launching today to solve major problems with Google Docs … in ways that make me nostalgic for my own startup, WriteWith.

Draft offers clean saves of drafts instead of the usual autosave jumble, clear version control between multiple users, easy importing from popular file services like Dropbox and Evernote, and something pretty unique — an editing service.

Built by one-man Y Combinator team Nathan Kontny (previously the cofounder of Inkling and Cityposh), the web app puts solo writing first. Its interface makes a point of looking nice, with the words you write appearing in large, plain-text font on a light-gray background.

Read the full article on Techcrunch and Lifehacker