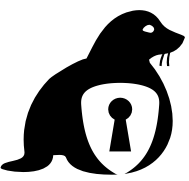 CryptoSeal, a Y Combinator company from the summer class of 2011, has launched its VPN as a service to help companies protect back-end administrative information from intrusions.

Virtual private networks are inherently complex to set up, often requiring someone from IT operations to configure on a networking appliance. The cost and complexity can be prohibitive.

But making direct connections to the network is risky and bad practice, CryptoSeal Co-Founder Ryan Lackey said in an interview today. CryptoSeal solves the problem with a service that puts on-premise VPN into the cloud.