Crowdtilt (YC W12) raises $750K for Soylent and many others: Open source crowd funding with no restrictions 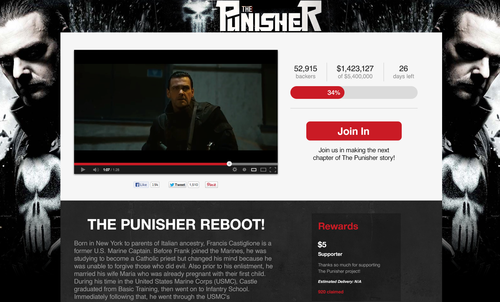 Crowdtilt has been busy this summer, and details its latest on its blog:

It’s been a crazy early summer here at the Crowdtilt office in San Francisco: the first political candidate on Crowdtilt kicked off his campaign for Mayor of Oakland in 24 hours yesterday (“Tilt Oakland Forward”), Microsoft launched a high-concept store built on our API a few days prior, and we debuted Crowdhoster’s first few projects over the last month. The nutritional drink Soylent just raised $750,000 in under a month (ending later today), and the classic blogging platform Xanga is relaunching their site with funds raised through their crowdfunding effort.

Built on the Selfstarter project, Crowdhoster was created to be a free, open-source, no-code-needed way to launch a crowdfunding page for your project or objective. It’s customizable, host-able, and international, and we’ve been pushing updates to it when we have the time. Since Soylent launched using the platform 30 days ago, we’ve had over 1,300 project creators request access to use it! We still view Crowdhoster as a side project, but because of the initial success and subsequent interest we’ve received, we’ve dedicated a few more resources to kicking it up a notch.

During this beta period of opening up Crowdhoster more and more, we will continue to have *no* restrictions on project types… You can use it for a hardware/software project, a food project, an international project, community cause, or for a concert or large-scale event. We’ll send out a short form next week to help us speed up the queue.

In addition, the team is announcing Bitcoin support (via Coinbase), full theme support (see Punisher theme above), international payout support, and new docs on how to get Crowdhoster running yourself.

Crowdfunding projects also need ongoing support, and that’s where YC startup Backerkit is coming in — it now works with Crowdhoster to provide an ongoing website for support and sales for successful campaigns.
All in all, a busy summer for a team fresh off their $12M round from Andreessen Horowitz and Sean Parker.