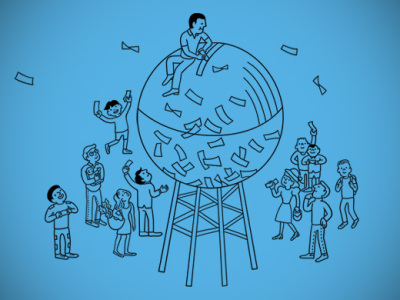 Fresh off its $23 million in Series B funding from Andreessen Horowitz and others, crowdfunding platform Crowdtilt is opening up its open source, white-label platform CrowdtiltOpen to all interested business users as of today. This product, previously called Crowdhoster, has been rebranded and relaunched with several more features designed for those who want to better customize and self-host their own fundraising campaigns.

The company initially launched Crowdhoster, which is built using the Crowdtilt API, into private beta last August. To date, it has seen hundreds of projects on its platform, some of the more notable being that of YC-backed nutritional substitute startup, Soylent, which raised over $2.1 million; a software company GNS3 which raised $300,000+; and a health crowdfunding campaign called the Immunity Project, which raised over $450,000.

When discussing Crowdtilt’s funding in December, CEO James Beshara explained that he saw a lot of similarities between it and WordPress, calling it the “WordPress of crowdfunding,” in fact, as businesses could add their own branding, logo, and even modify the open sourced code. (Also of note: WordPress co-founder Matt Mullenweg happens to be a Crowdtilt investor.)