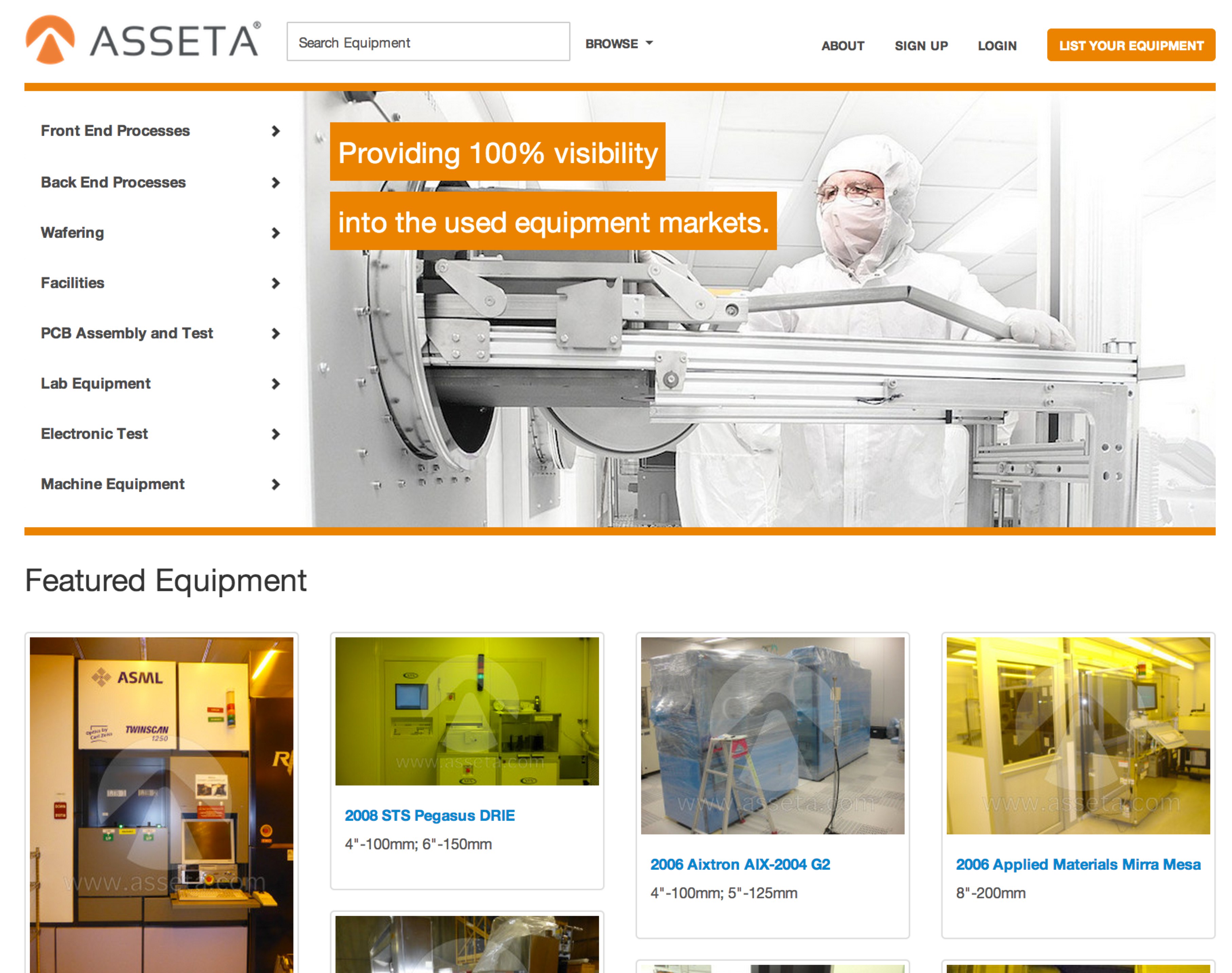 Thank you, Y Combinator, for not just investing in a million photo-sharing apps. While you might not be personally excited about an online marketplace where you can buy and sell used manufacturing equipment – and, at launch, primarily semiconductor equipment – a new startup called Asseta demonstrates the potential in taking the now familiar concept of a transparent buyer and seller marketplace to a new vertical, which has yet to be flattened by the power of the web and the one-to-one connectivity it allows.

Like many traditional businesses which have since seen their old ways of doing things transformed in similar ways – anywhere there’s a middleman that can be eliminated, that is – Asseta, too, is taking on its own fragmented market of competitors. Today, there are hundreds of used equipment brokers employing sales people who manage the sale of these goods, often without letting buyers know where the equipment comes from, who the sellers are, and definitely not what the real, underlying price of the item is.

Asseta’s founders know how this works, of course, because three of the four worked for one of the largest brokers in the business – a company responsible for 1.6 percent of the $6 billion (as of 2010) market in used semiconductor equipment sales.

Explains CEO Anton Brevde, there was no specific event that prompted him and the other founders, including his ex-brokerage co-workers Jonathan Pease and Garrett Beck, or CTO Danial Afzal, to leave their current jobs and build Asseta. “It was just seeing how much money [our former] company was making, and how inefficiently the processes and the company was being run – it just didn’t make any sense,” says Brevde. “We realized there was a bigger opportunity here…we were all young, and understood the potential of technology. We decided we could do a better job.”