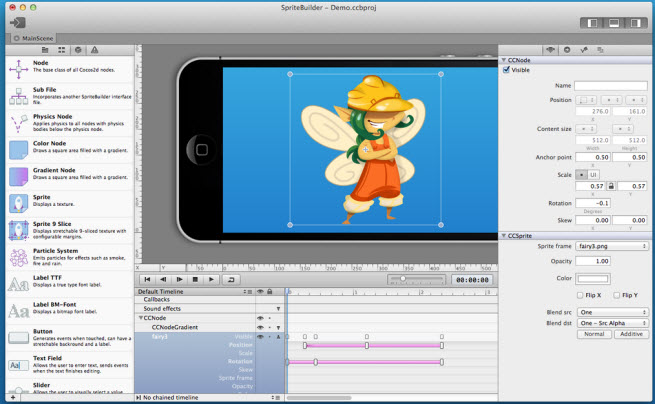 Apportable is launching a new game development tool suite today that enables developers to take iOS games and apps and get them to run on Android mobile devices.

The SpriteBuilder 1.0 suite is billed as the first Objective-C cross-platform development suite. Objective-C is a programming language that Apple uses for its OS X and iOS operating systems. SpriteBuilder compiles code in Objective-C so that it runs on Android devices.

San Francisco-based Apportable says that developers who adopted SpriteBuilder will be able to rapidly build iOS and Android games with Objective-C and Xcode, an integrated development environment for Apple-related code. Apportable claims that SpriteBuilder is the only game development suite that enables a developer to run Objective-C code as a native application on Android. That means it runs faster and more efficiently than apps that are written with other cross-platform game tools.

SpriteBuilder is available now as a free download in the Mac App Store.

Read the full article on VentureBeat