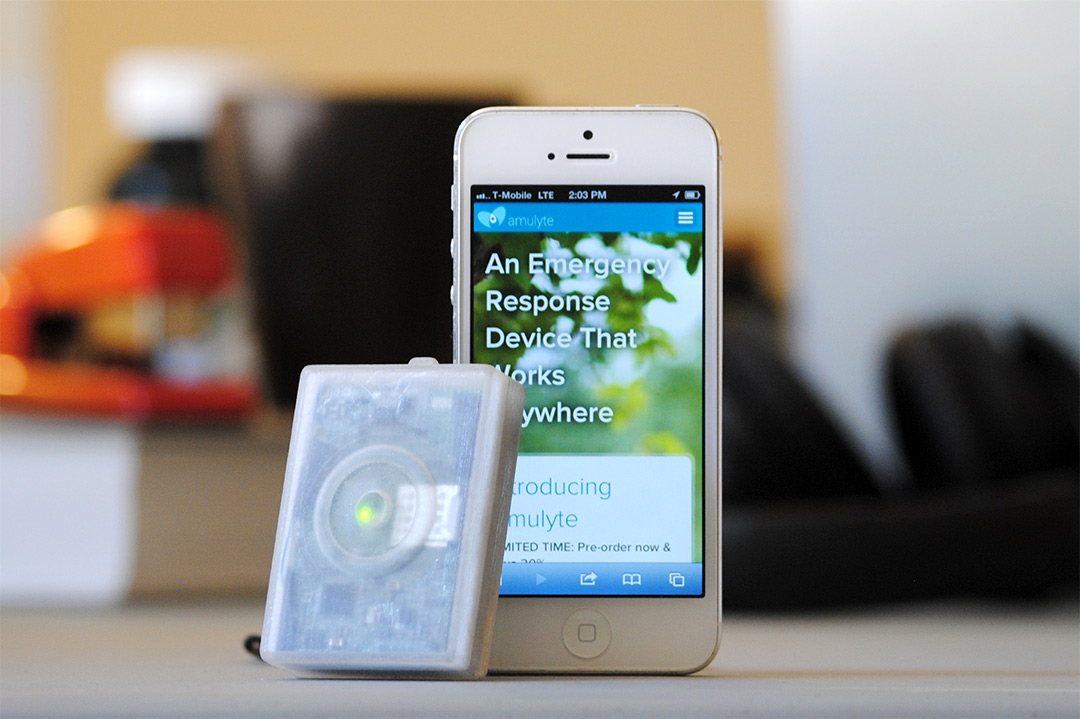 Commercial catchphrases like “I’ve fallen and I can’t get up” have become the stuff of legend, but it’s not funny when one of your grandparents have been in that same situation.

University of Waterloo alumni Jaclyn Konzelmann and Perry Haldenby have been there with their own grandparents, and after discovering that most senior monitoring systems are terribly limiting they decided to take a stab at it themselves. Enter Amulyte, a YC-backed startup trying to build a smarter sort of lifeline for the elderly.

“All these devices are tied to a base station using 30-year-old technology,” Konzelmann said. And that’s fine when the person wearing them remains within the confines of their home, which is what most of these sorts of monitoring systems are equipped for. But what happens if grandpa wants to go for a leisurely stroll? Or, heaven forbid, visit a friend?

As far as the team is concerned, he should be able to grab a $99 (if you preorder) Amulyte and be on his way. The company’s eponymous gadget is a small pendant that can be worn around the neck or stowed in a pocket, and while it looks simple enough, there’s quite a bit going on inside. The Amulyte sports a cellular radio, Wi-Fi and GPS modules, an accelerometer, a micro-controller to keep all those bits running in harmony, and (most importantly) a battery will keep the thing running for up to a week. The final version of the device will also include an integrated speaker and microphone to allow for two-way communication, but at the moment the team is still trying to squeeze those components into the Amulyte’s tiny frame.